We are currently not maintaining our blog here. Please go to our Facebook Page for latest updates!
As observed by... Kin Guan at 6:20 PM 1 comment:

Rise of the Harvest Moon

On the 15th day of the 8th lunar month, i.e., 8 September 2014, many in Asia will be enjoying mooncakes and parading lanterns at night in celebration of Mid-Autumn festival, an annual celebration for the year’s harvest. Parents and teachers will also share tales of Chang’e’s ascension to the full moon during this night. While under the moonlight, observe if there’s anything different about the moon. Does it seem to be bigger, brighter and fuller?

No, it is still the same, loyal moon that shows up on most nights. So what’s so special about this moon you ask? The Harvest Moon is the full moon that appears nearest to the autumnal equinox, a day in September when the length of day and night is the same, i.e., 12 hours, all over the world. But what makes the Harvest Moon so special is its coincidental occurrence with the other rare astronomical phenomena.

In the northern hemisphere, the ecliptic, aka the moon’s elliptical orbital path, makes a narrow angle with the evening horizon around the time of autumn equinox. As a result, successive moonrises around the full Harvest Moon have shorter rising time, and are seen to rise farther up north.  The period between successive moonrises drops to a minimum, and thus seem as if there are several full moons for a few nights in a row. The full Harvest Moon will appear in the northern hemisphere on 9 September 2014. However, for countries at the equator such as Singapore, the Harvest Moon cannot be observed. One needs to be really up north or south of the Earth's equator in order to appreciate the extended moonlit nights.
So why name it the ‘Harvest Moon’ then? As it takes lesser time for the moon to rise during this period, the dark period between sunset and moonrise shortens. According to EarthSky, the name might have been of European origin as northern Europe is much closer to Arctic than to the tropics. For farmers, the earlier moonrise provided more light after sunset, enabling them to continue harvesting their crops.

As for you, do look out for the big and bright full moon in the night sky this Mid-Autumn festival period. Have a Happy Mid-Autumn Festival and do join us for our special planetarium shows featuring stories about the Moon and many others, every Friday night from 5 September to 3 October 2014 (excluding 12 September). 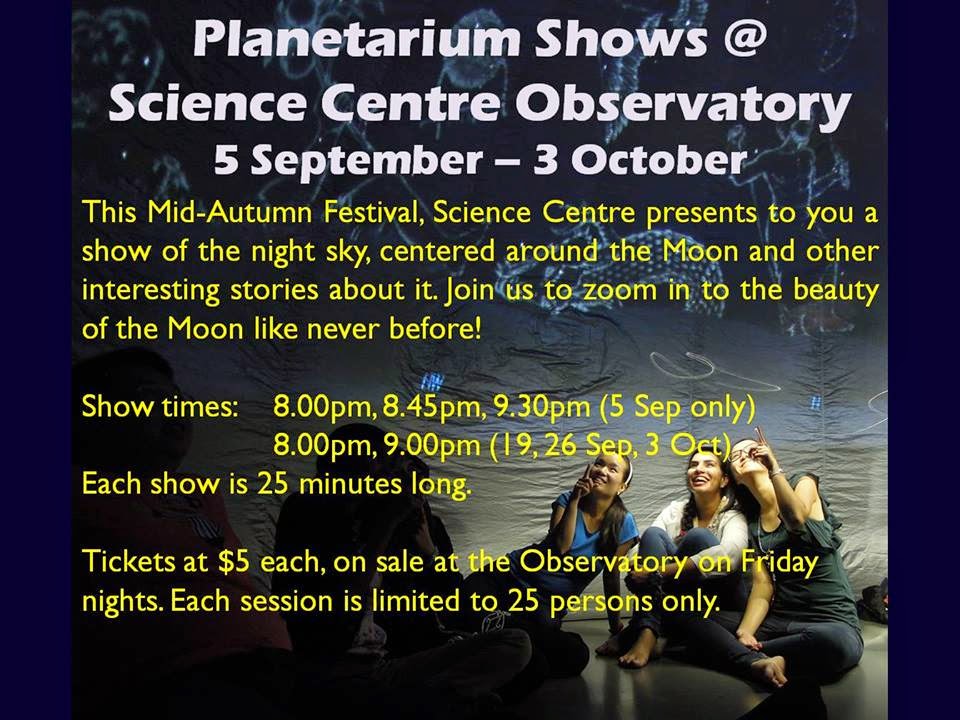 When in Singapore, everyday feels like summer - mostly hot ( average of 24- 32°C) and humid. We do not experience the transition of the environment through the 4 different seasons. However, if you were in the northern part of this world, e.g. America, you would be looking forward to this weekend as Summer hits the region. During Summer, the warmest season of the year, the sun will stay up in the sky for longer, resulting in a longer day time and hotter days as compared to the rest of the year.

What happens during Summer Solstice?

The summer that people in the Northern region will be experiencing is a result of the Earth’s position in relation to the Sun. Happening from June to September, the hottest season begins with the Summer Solstice celestial event which happens around 21 June every year. The word 'solstice' comes from the latin words, sol (which means 'sun') and stitium (which means ' to stand still') as the sun appears to stop moving. On this day, the northern region will experience the longest day of the entire year.

Everyday, the Earth faithfully revolves around the Sun, as well as rotate about its own axis. As the Earth does not spin around a vertical axis, i.e., it has a tilted axis (23.4 degrees towards the plane of Earth’s orbit), the amount of Sunlight that reaches the different parts of the Earth changes as it orbits around the Sun. During this 3-month Summer period, the Earth’s axis tilts towards the Sun, and as a result, the northern hemisphere receives more direct sunlight rays than the southern hemisphere.


Summer in America is Winter in Australia

Meanwhile in the South... 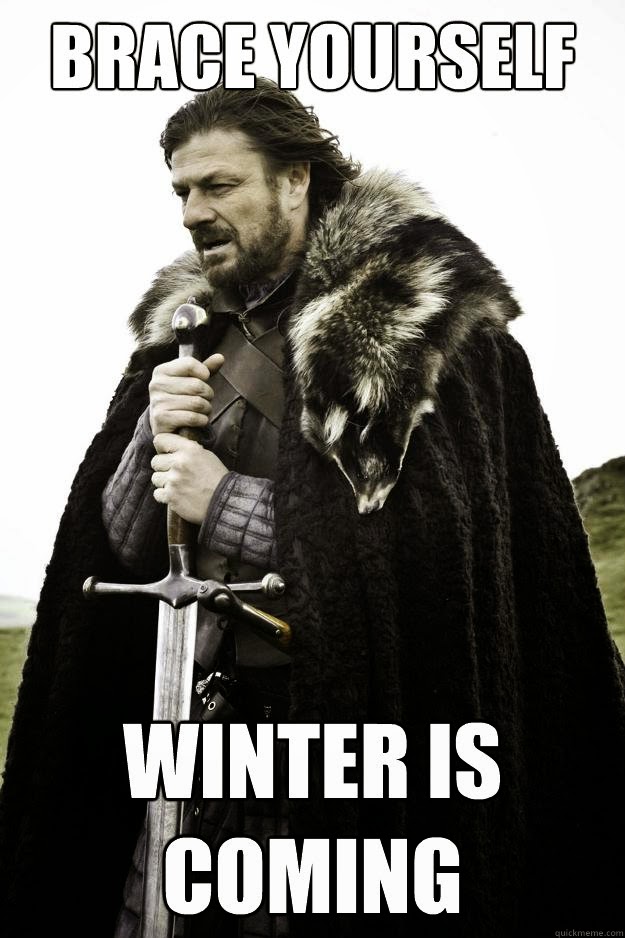 Have you been avoiding direct eye contact with the Sun because your parents or teachers have told you the Sun’s bright rays are damaging to your eyes? They are definitely right! Staring at the sun for too long is damaging to your retina and may even cause partial blindness.

We know you are curious about how the Sun looks like (and itching to look at it even for just a few seconds!). Here’s your chance to view the Sun directly and safely on International SUN-Day, which is held on 22 June 2014, the Sunday nearest to the Summer Solstice. The Astronomical Society of Singapore (TASOS) will be setting up some specially outfitted telescopes for solar observation at the Observatory for public viewing. Through these modified telescopes, you will be able to observe sunspots, prominences as well as the sun’s corona.

So make this SUNday a meaningful one by joining us to marvel at the beauty of the big flaming star. Everyone’s invited!


Venue: Science Centre Singapore Observatory
Cost: FREE for everyone!
As observed by... Unknown at 12:33 PM No comments:

Stargazing on the green rooftop

Never underestimate the captivating power of a clear night sky. Since the last Sidewalk Astronomy at Yew Tee MRT station (check out our post here) (which attracted over 300 people in 2 hours), Scobbers headed out for an outreach event again last month. NIE’s Bachelor of Science Club (BSC) invited SCOB on our Facebook Page (Do like it if you haven't done so!) to conduct a stargazing session for the student teachers.

On 25th March 2014, Scobbers Alfred and Kin Guan brought starmaps (you can download them for free as well on SCS website) and a Celestron C8 telescope for the event. The venue was set at NTU’s School of Art, Design and Media (ADM) building. For those who have been there, the iconic curved rooftop is covered by grass patch completely. More importantly, the unobstructed view of the night sky was terrific. We were thrilled by the excellent choice of the stargazing spot.

At the start of the event, Kin Guan gave a short talk on the night sky to the audience who were enjoying pizzas at the same time. A tutorial on how to use the starmap was given as well as easy identification of stars and planets. After that, Alfred and Kin Guan manned the C8 telescope for viewing. We pointed out constellations using green laser pointers as well. At the end of the day, 50 student teachers enjoyed themselves and learnt one or two things about astronomy.


Interested to have a sidewalk session for your club or school? Leave us a comment and we can arrange something together!

On 13th and 14th February 2014, Scobbers Danny and Kin Guan were invited by National Geographic Channel to follow Dr Neil deGrasse Tyson around in Singapore.

Yes, you heard it right. The sexiest astrophysicist in the world, the guy who made many kids cry by demoting Pluto to a dwarf planet, the frequent guest on The Daily Show and The Colbert Report, and the meme immortalized online. 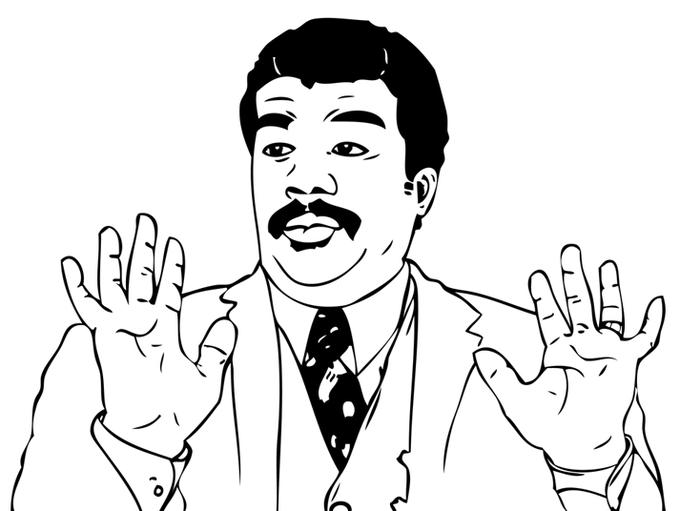 He came to Singapore to promote his newest TV documentary series COSMOS: A Spacetime Odyssey. This 13-part series, combining drama, fantasy and stunning natural reality, is the follow-up of Carl Sagan’s classic COSMOS: A Personal Voyage produced thirty years ago. Covering a wide range of scientific topics such as the origin of life and the universe, Sagan did a terrific job in communicating science to a wide public audience. The programme has been broadcast in more than 60 countries and seen by over 500 million people.

It was such a precious legacy left by Sagan to us. Since his death in 1996, his widow Ann Druyan has been trying to create a new version of the series. Together with Dr Tyson and Seth MacFarlane (yes, the Family Guy), she managed to secure funding and TV channel (Fox TV) for the show.

In Southeast Asia, the first episode “Standing Up In the Milky Way” will premiere on simulcast across National Geographic Channel (NGC), NGC HD, Nat Geo WILD, Nat Geo People, as well as FOX, FX, and FOXCRIME.  Danny and Kin Guan, along with other media representatives, had the privilege to watch it during the press conference and media preview on Thursday (13th February) held at ArtScience Museum.


Free from the shackles of time and space, Neil tells us the story of humankind and universe in his signature Ship of the Imagination. We were all amazed by the stunning visual effects and the splendorous views. The concept of compressing the whole history of the universe into one year opens up our eyes and mind – Human is so insignificant when placed in such a long scale of time. This is what Neil calls a “Cosmic Year”. For example, in the last second of the Cosmic Year (31 December, 23:59:59), human firstly observed the Moon in telescope and landed on it (which spans 400 years in real time)!

Ann Druyan pointed out that the major differences between the old and new series are the cinematic experience and elements of skepticism. She mentioned that one 9-minute scene where the viewers are plunged into the heart of Titan, Saturn’s largest Moon. She believes that this new addition to the series will surely amaze the generations and beyond.


When asked how the rise of social media affects the science education for young generation, Neil was not worried over the phenomenon. Being an avid user of Twitter having 1.6 million followers, he found that the social media is not distraction at all. On the contrary, the power of visual splendour and storytelling bestowed by social media is staggeringly huge and provides an uplifting force to the society.

The last question asked was on his wrestling stint in Harvard: If he chose the road not taken and became a wrestler, what would be his ring name? The answer, of course, is related to astronomy. One very special property about the Moon is that it always faces the Earth with the same side. This effect, called “tidal locking”, can be true in the other way too! When the Earth faces the Moon with the same side, the phenomenon is called “double tidal lock”. Voilà, that’s Neil’s ring name and signature move.

For a more detailed Q & A, please check out the blog post (link) on Science Centre website written by Danny!