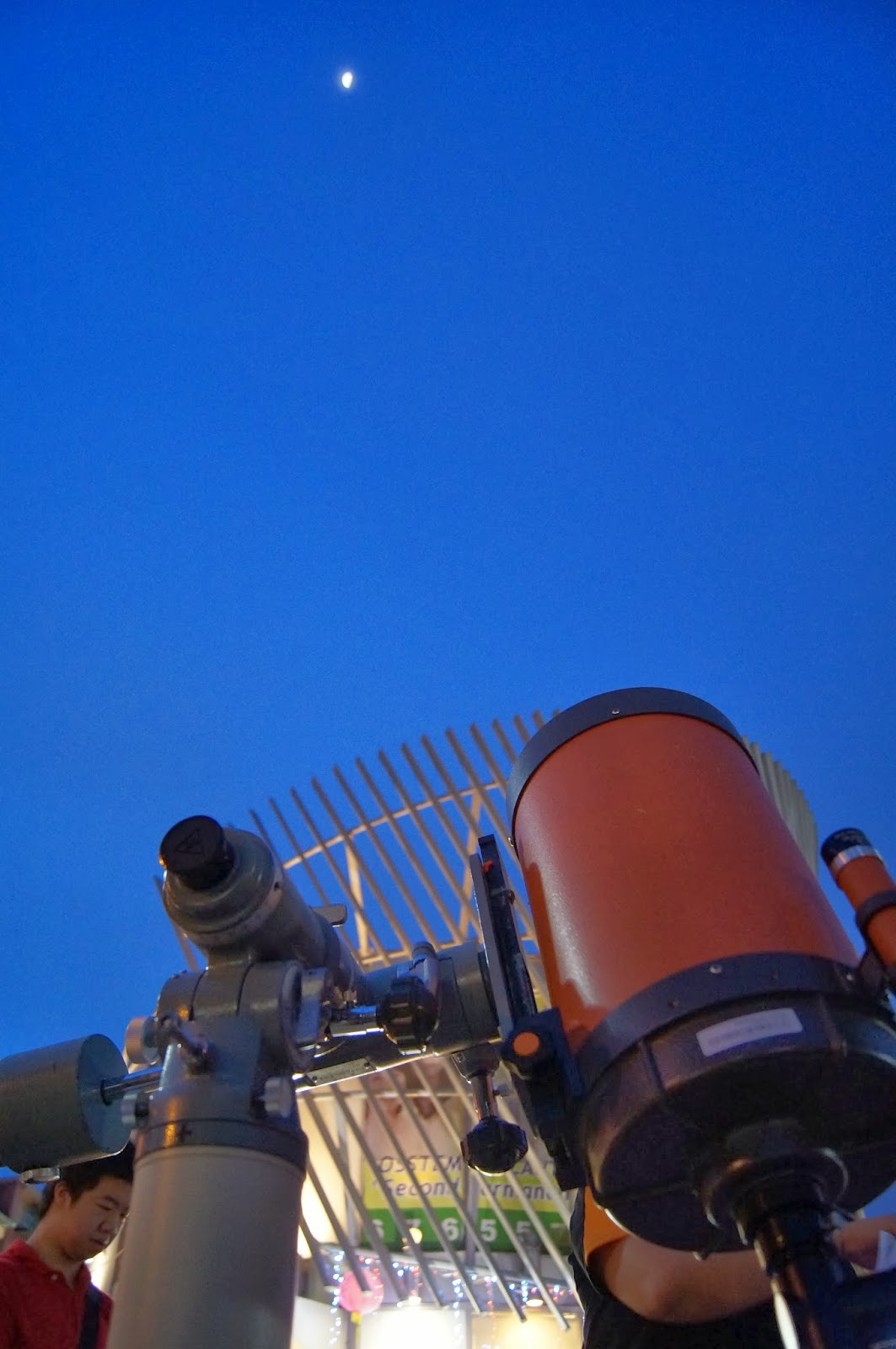 Last Friday (7th February 2014), Scobbers Alfred, Everlyne and Kin Guan showed the wonders of the night sky to the public in Yew Tee for the first time this year. This was a collaboration between Science Centre Singapore and Yew Tee RC Zone 10.

We brought our C8 Celestron telescope out and set the venue up with the help of RC volunteers. The venue was Yew Tee MRT Open Space (In between Yew Tee Square and Yew Tee Mall). (Google Street View) 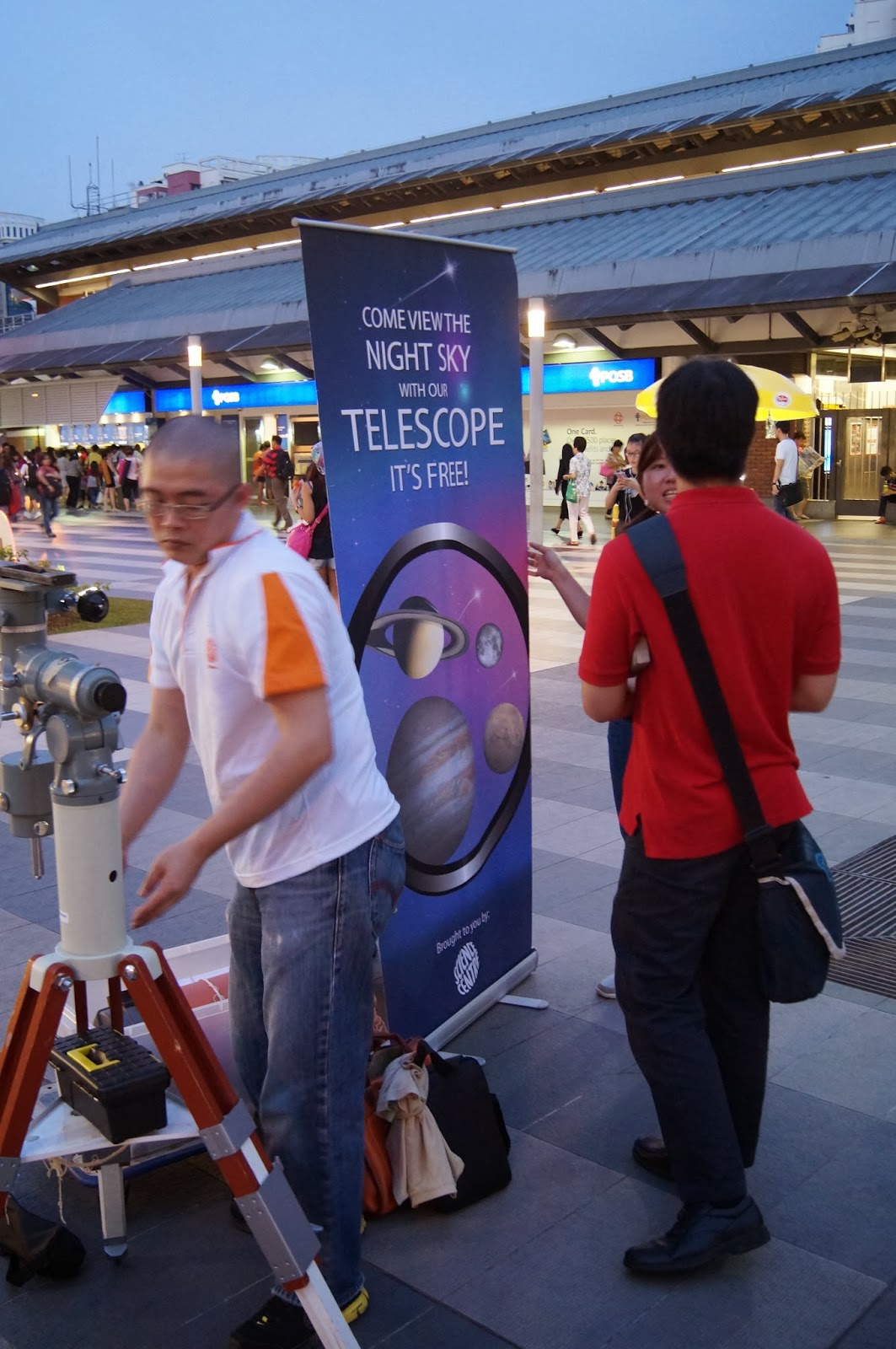 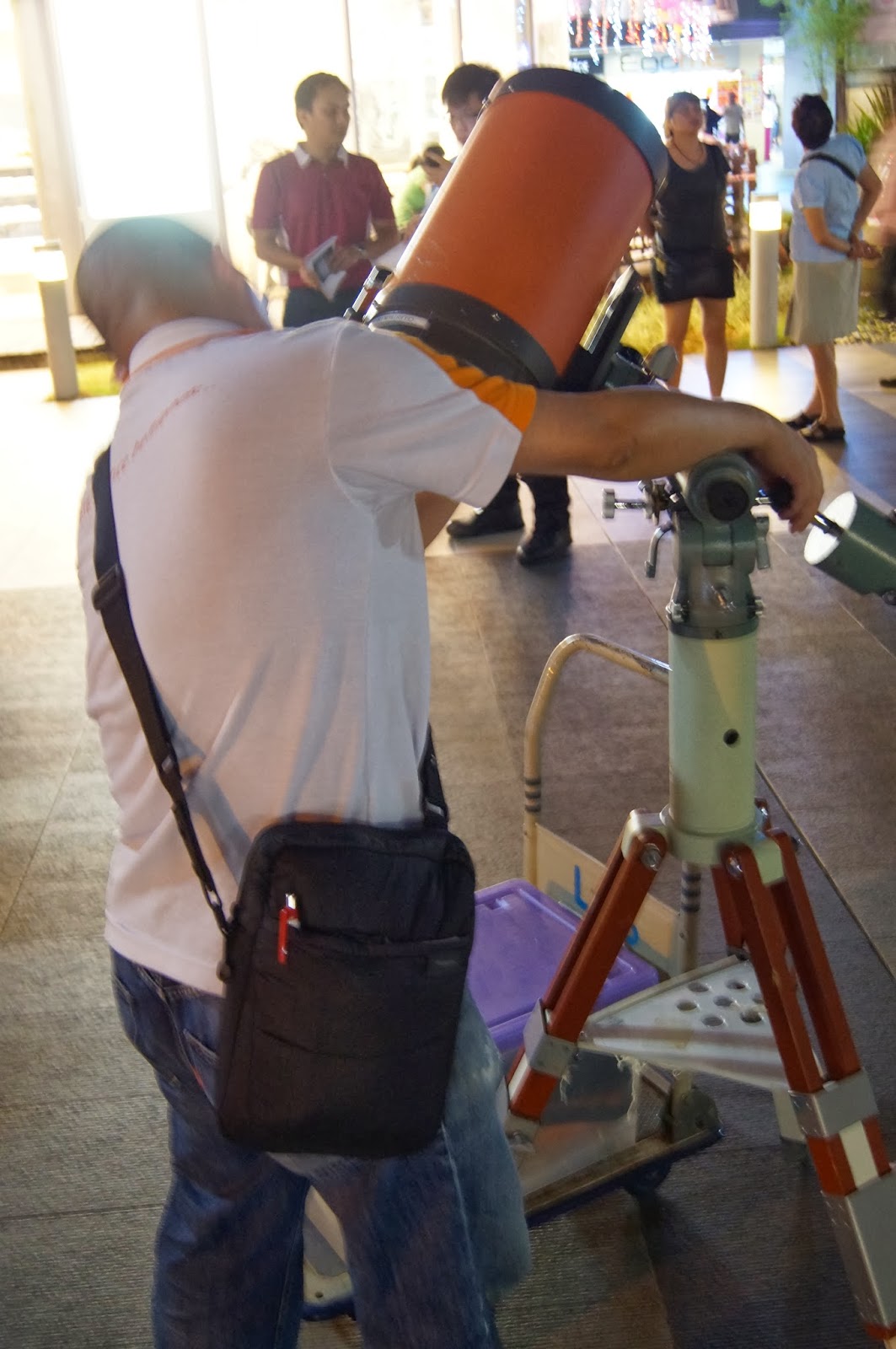 We started the telescope viewing at 8pm and the queue was already forming: 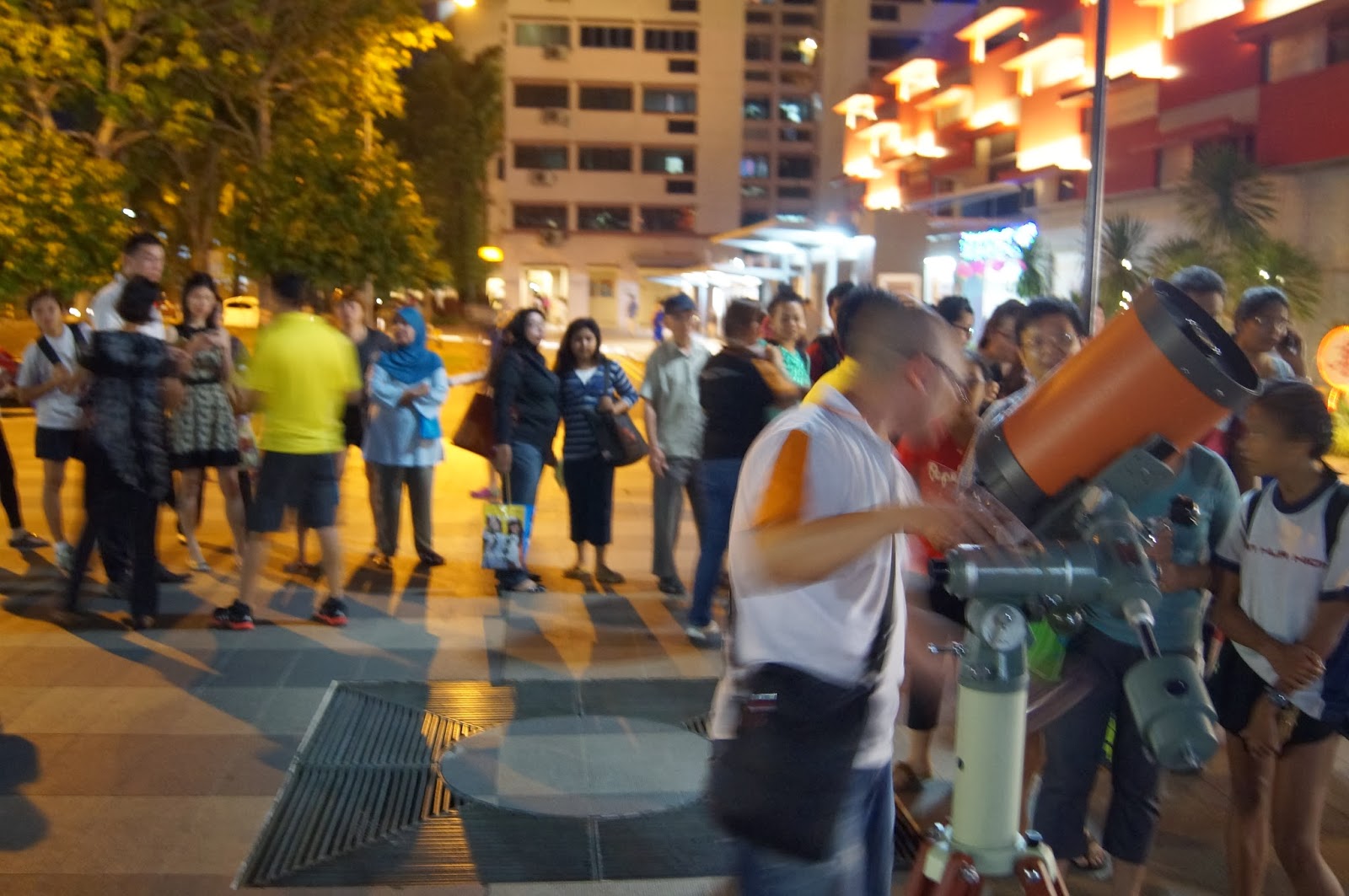 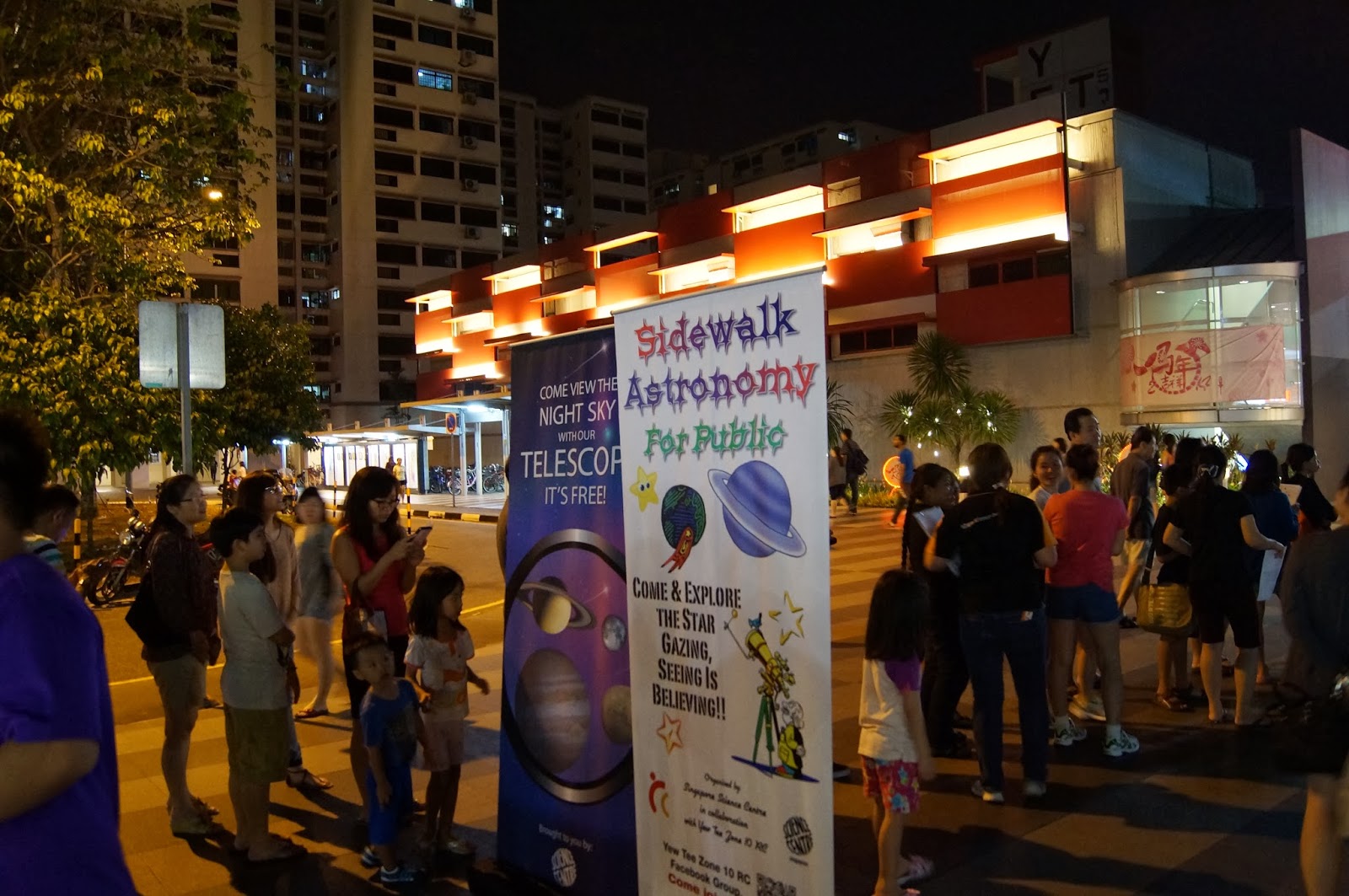 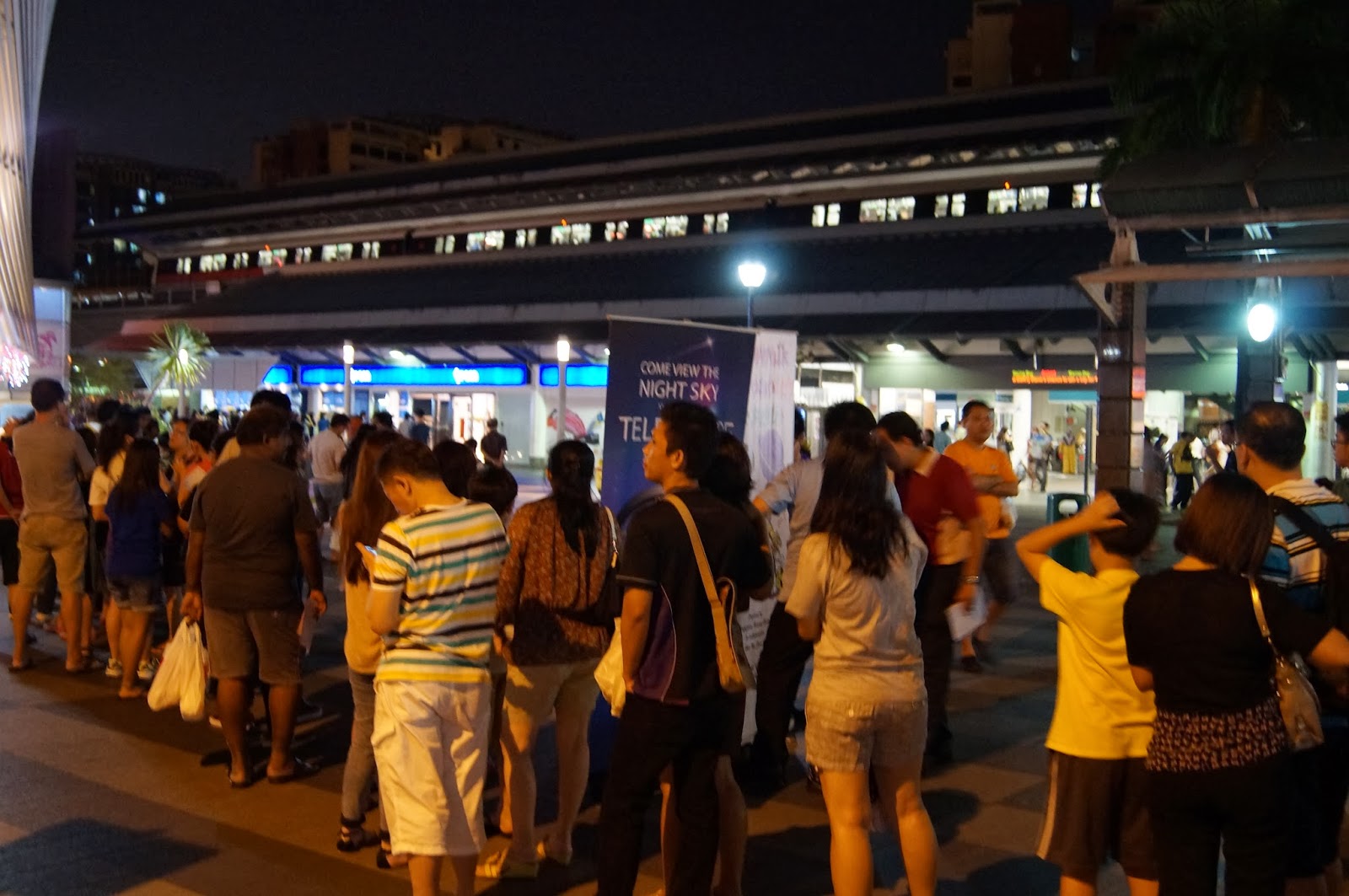 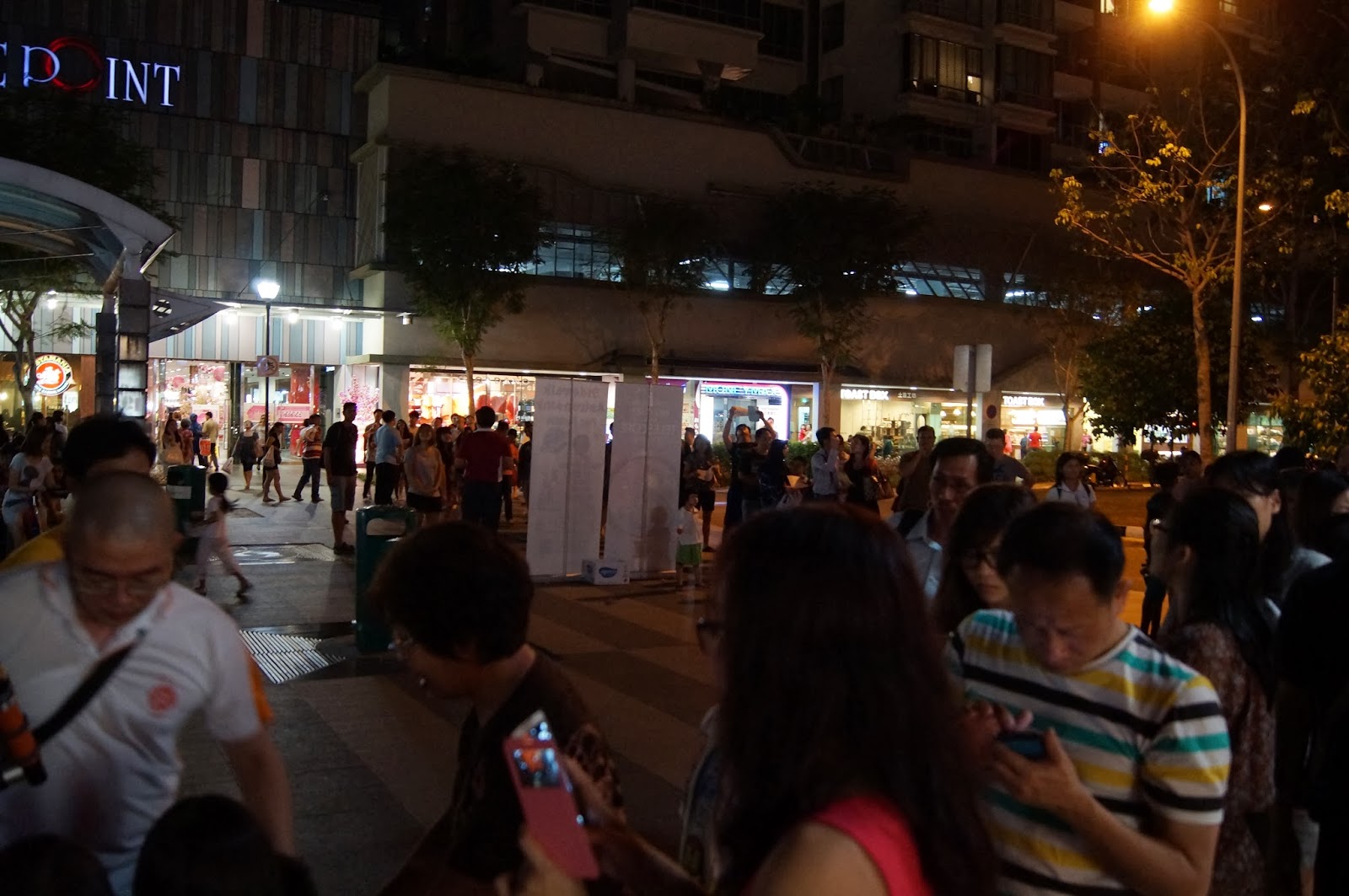 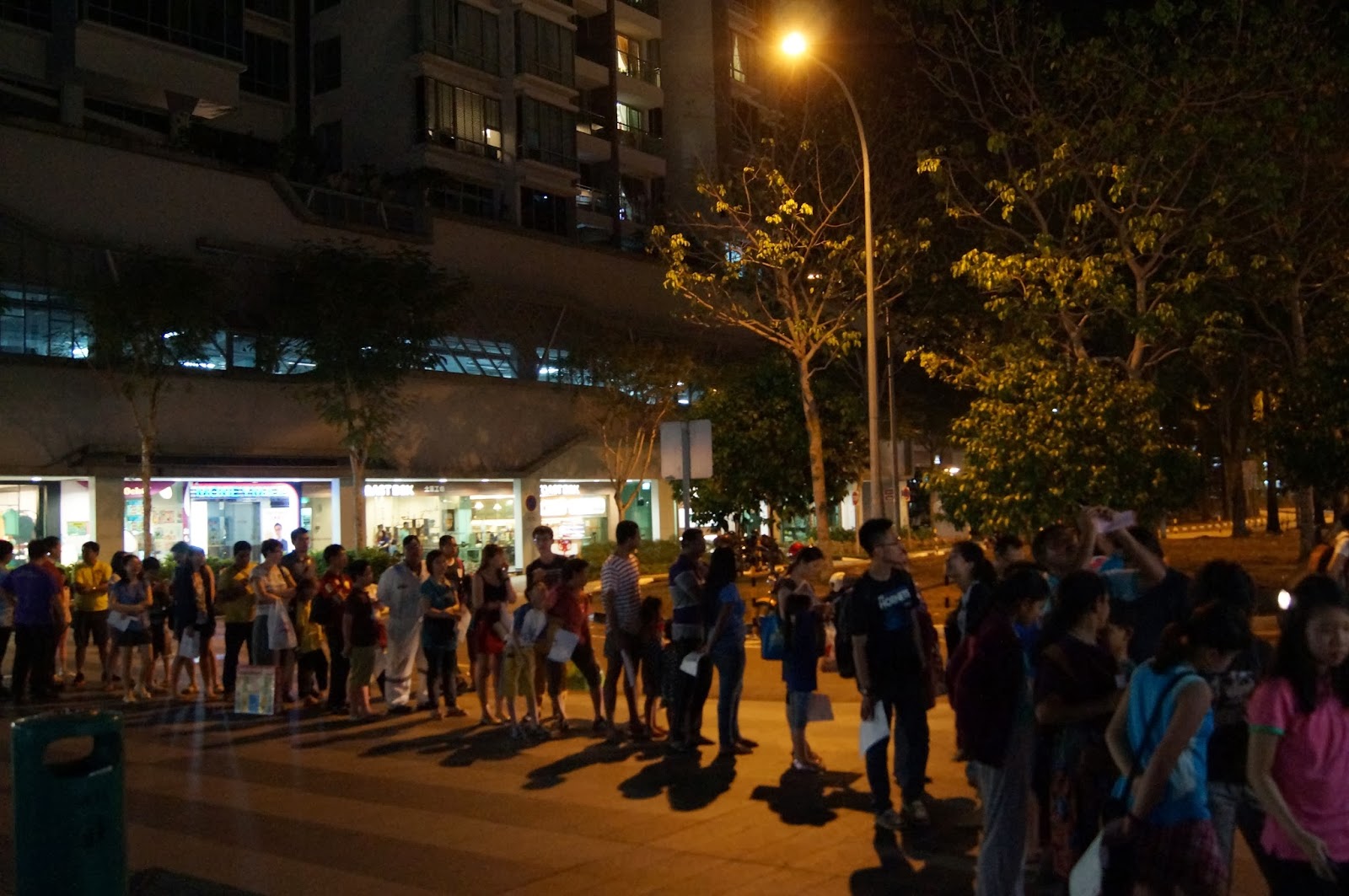 Thanks to the clear sky (the clouds kindly made way for us), we were able to observe first quarter Moon (it's a half-lit moon from Earth's perspective) and Jupiter. Alfred manned the telescope and introduced some fun facts about Jupiter and Moon: 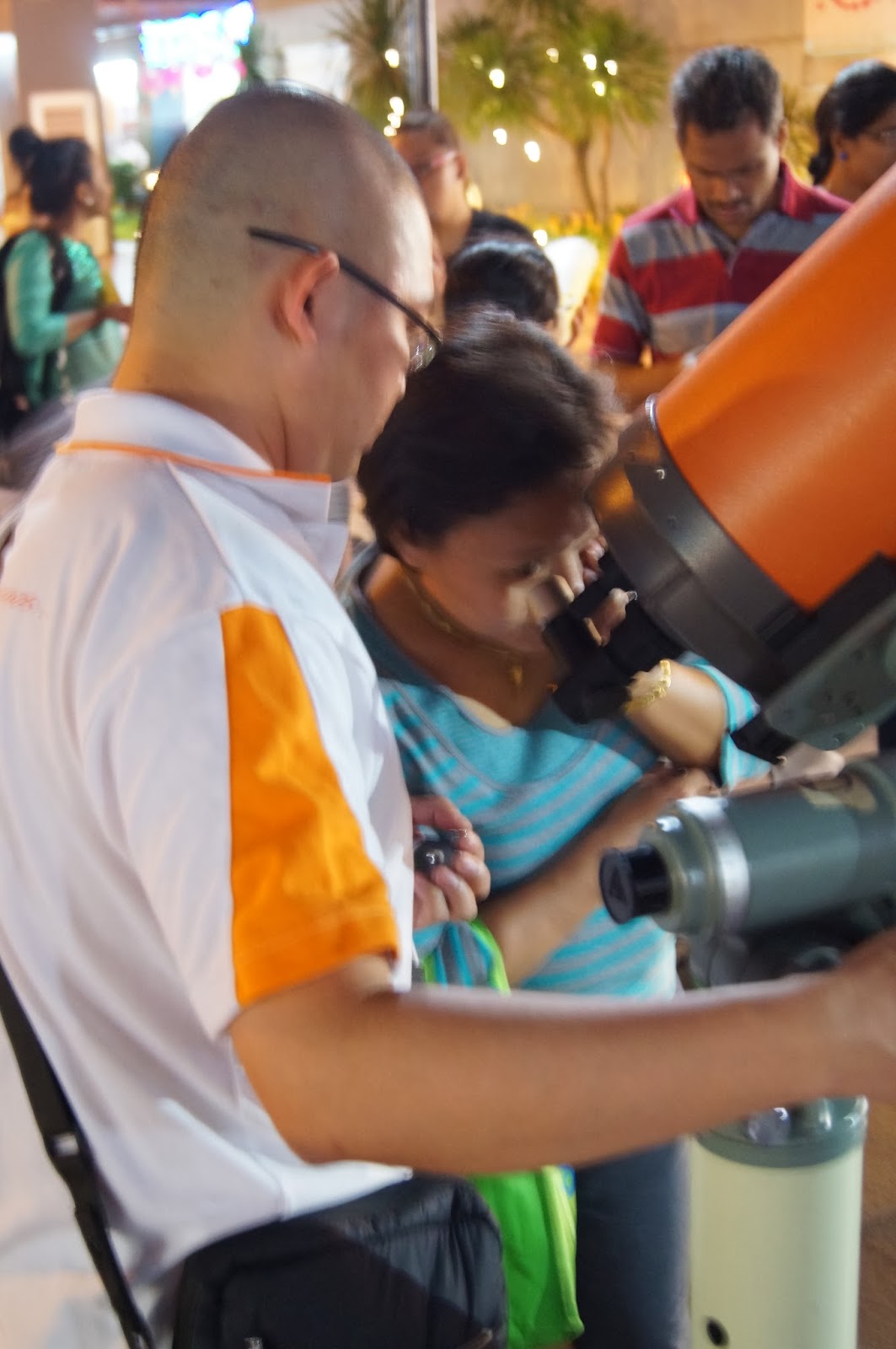 Everlyne interacted with the public in the queue and handed them Star Map. It is a handy tool to identify the objects in the night sky! 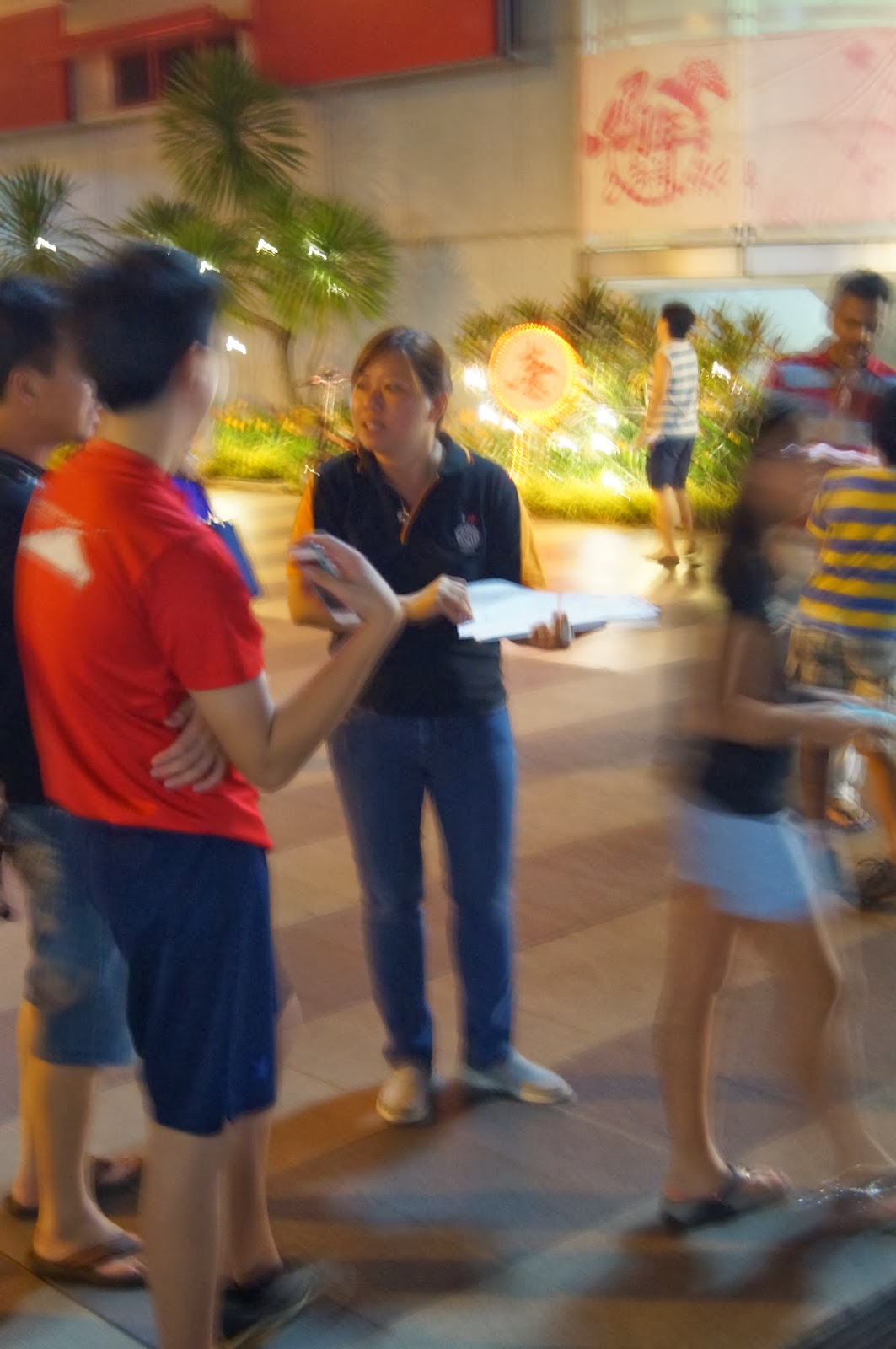 We were glad to share the beauty of the night sky with 321 patient public members -- that's a very good response! From the heartwarming comments and praises received, we believe that this sidewalk astronomy event was a success and look forward to working with RCs again to bring astronomy to you :)

Science befriends and transforms the minds of millions, and astronomy is one of the best subjects to start with. Please follow us on this blog and Facebook page for updates and news at SCOB! 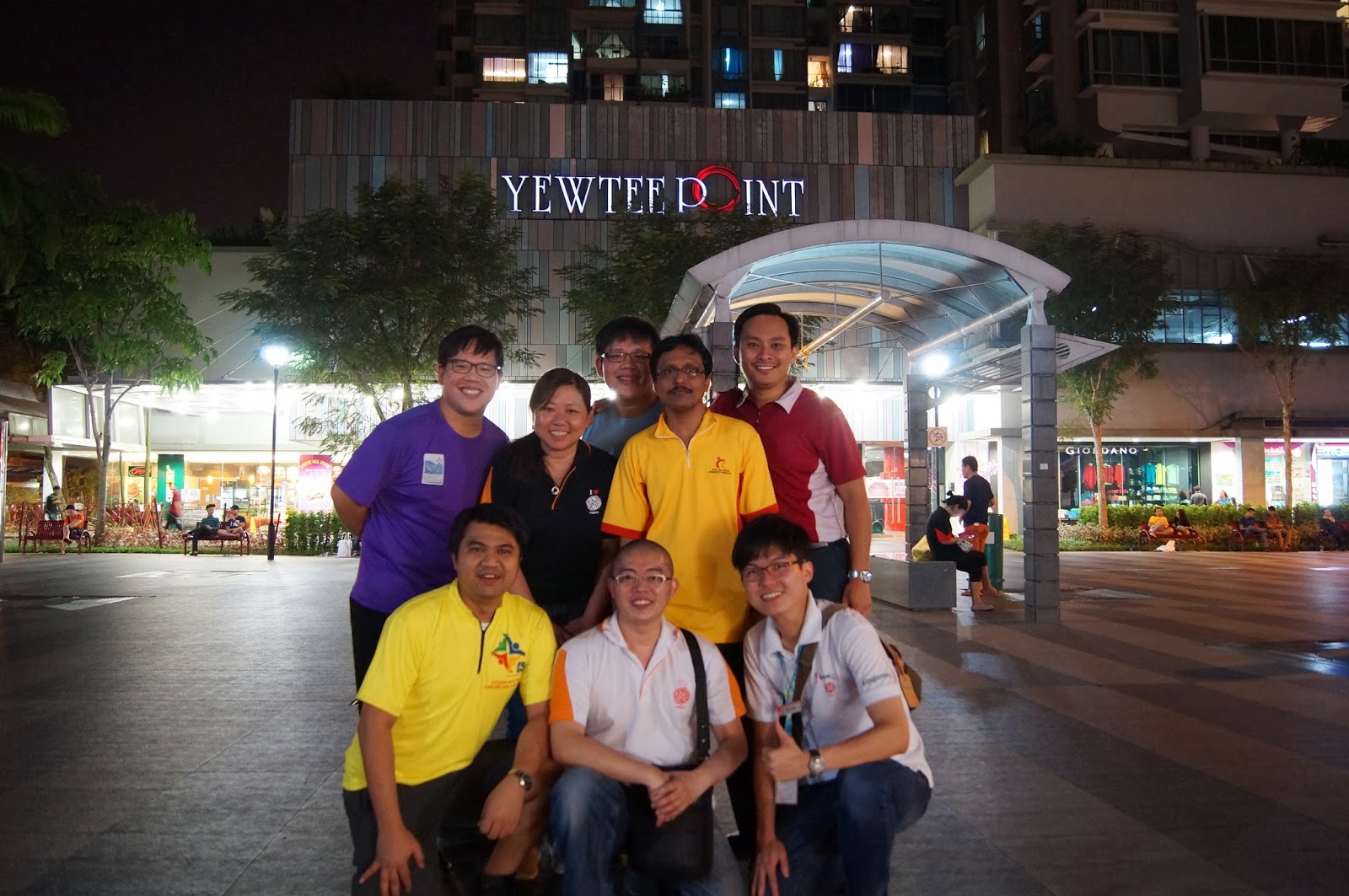